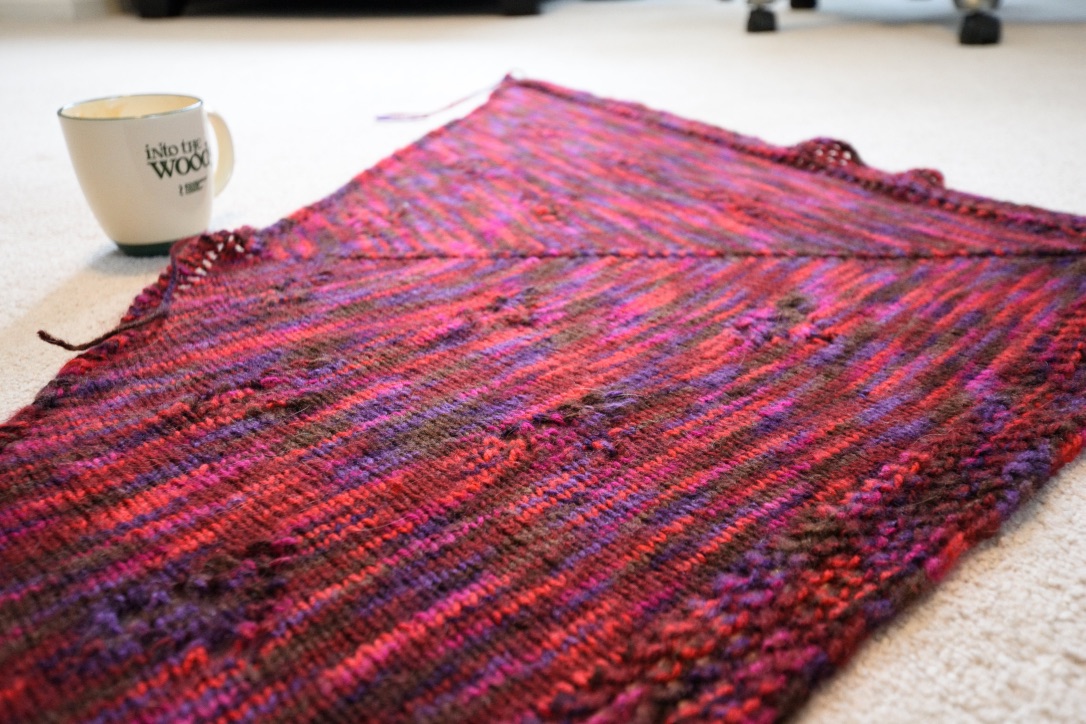 Hello! I am The Caffeinated Knitter. This blog has been created to showcase my three passions: knitting, coffee, and tea.

In 2013, a co-worker had a movie night at her house. While watching the movie, my co-worker was knitting a HUGE blanket. I had never tried knitting in the past. I had tried crocheting, like my grandmother, but could only manage to make cones. My co-worker gave me an extra pair of knitting needles and a ball of yarn. By the time the movie was finished, I had learned how to knit and purl. I was hooked! 😉

Knitting is my way of relaxing. For many people, including myself, knitting is a form of meditation.

My obsession with coffee began at Borders, the book store. They had a cafe in the store. Their reward’s program often gave me coupons for half-off drinks at the cafe. I was young at the time, so I ordered fancy hot chocolates and chi teas. Eventually, I graduated to mochas. Once I got to college, I developed my need for coffee. Stores like Arabica and Starbucks widened my coffee vocabulary. In 2014, my then boyfriend (now husband) bought us a Breville Barista Express. It took no time at all for me to become a coffee snob.

I have graduated to the super automatic coffee maker: Saeco Xelsis Espresso Machine.

My absolute love of tea began at a very young age. A school friend’s mom worked at a local tea house. We would visit often for fancy teas, sandwiches, and snacks. The tea house itself was extraordinary! The entire interior was painted like the inside of a fairy tree house. In fact, there was a fake (but very real looking) tree in the center of the store that one had to walk through to get to the restaurant. The ceiling was a canopy of branches and green leaves. They sold fresh tea leaves, and cooked from their own vegetable garden and herbs. I have always preferred to buy loose leaf tea. I used to frequent Teavanna’s website for my supply.

The Caffeinated Knitter © 2020. All rights reserved.